Buses in Madison To Run On Biodiesel 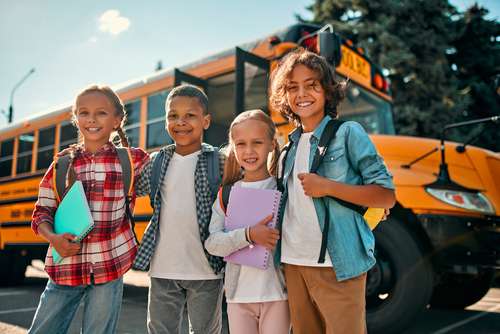 Clean-burning, super-efficient biodiesel is hitting the roads in our state’s capital! The Wisconsin Soybean Marketing Board and Clean Fuels Alliance America (formerly known as the National Biodiesel Board), have invested funds to introduce 20 fleet service buses in Madison that will run on renewable biodiesel fuel.

The buses are retrofitted to start their engines with standard diesel, then switch over to biodiesel once the engine warms. What’s most exciting about these vehicles is that they will burn B100 fuel, or 100 percent biodiesel with no petroleum-based component.

It’s all part of a push in Madison to incorporate organic fuels into buses and ambulances. Since 2018, these initiatives have prevented over five million pounds of carbon emissions.

This is a win-win for Wisconsin. It ensures a greener, more sustainable future for everyone. Biofuels like biodiesel reduce carbon emissions, particulate matter and other harmful outputs like sulfur oxide. It also supports Wisconsin’s economy. Biodiesel production adds 13% of the cash value of soybeans grown in the Badger State. So, the next time you see a bus in Madison, it might be burning 100% renewable fuel!

While we’re on the subject of renewable fuels for the future, you might wonder about where home heating oil stands. Don’t worry. Not only is today’s heating oil environmentally friendly, it’s also a vital part of America’s movement toward net-zero carbon emissions.

Advanced heating fuels like Bioheat® fuel combine ultra-low-sulfur heating oil and biodiesel, composed of organic products like used cooking oil, tallow, fats and algae. Produced in the United States it is one of the cleanest-burning energy sources.

Biodiesel is a gallon-for-gallon substitute for petroleum-based fuels. Widespread regional use of Bioheat annually prevents more than 1.5 million tons of carbon dioxide emissions, the equivalent of removing 320,000 vehicles from the road.

Plus, homes that heat with energy-efficient Bioheat fuel use less energy overall. Right now, and in the years ahead, you should feel great about heating your Wisconsin home with renewable heating oil!

You can read more about Bioheat fuel here.