The most refined grade of heating oil available 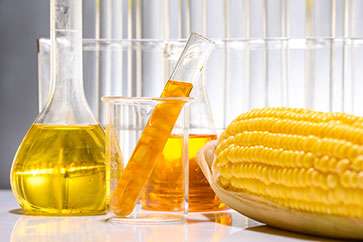 The oilheat industry remains firmly committed to green energy solutions that not only protect the environment but also enhance comfort, convenience and savings for all oilheat consumers.

That’s why the industry has dedicated itself to achieving net-zero carbon dioxide (CO2) emissions for heating oil by 2050. This means that your oilheat will have a carbon footprint of zero.

How is this possible? It’s all due to the growth of Bioheat fuel, which provides a bright future for the millions of oilheat consumers in the United States, including the approximately 190,000 Wisconsinites who live in a home that is warmed by heating oil.

What is Bioheat® fuel?

Bioheat fuel is the industry’s official registered name for the fuel that consists of a blend of ultra-low-sulfur heating oil and renewable biodiesel that’s made from organic and recycled products. These products can include soybean oil, used cooking oils, inedible corn oil, canola, tallow, fats and algae.

Bioheat fuel is produced right here in the United States, and its use supports local farmers, local industries and local economies.

The most refined grade of heating oil available, Bioheat fuel is one of the cleanest-burning heating sources for your home or business. It reduces greenhouse-gas emissions significantly and doesn’t require any changes to your existing oilheating system.

In a test case, two heating-oil retailers in the Northeast displaced nearly 1.5 million gallons of heating oil with approved Bioheat fuel in the first half of 2020. Doing this resulted in an 80% reduction in greenhouse-gas emissions, compared with traditional heating oil.

For the industry to achieve its first target of achieving 15% fewer emissions by 2023, the standard Bioheat fuel blend will need to be in the 20% range (20% Bioheat fuel and 80% biodiesel). There are already many heating-oil companies that are delivering Bioheat fuel at this level. Some are even delivering blends as high as 50% (B50 Bioheat SuperPlus™). There’s no stopping Bioheat fuel now!

Here’s why the use of Bioheat fuel is a game changer in terms of reducing carbon emissions:

Feel good about oilheat in Wisconsin

Knowing more about today’s oilheat in the Badger State will make you feel good about how you heat your home—now and well into the future. With every passing year, heating oil continues its evolvement into a newer, cleaner and more efficient fuel.

Go here to find out more about Bioheat fuel.